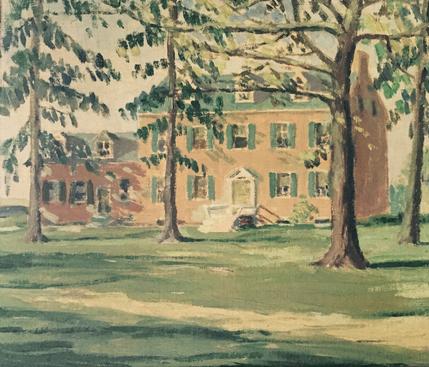 Protected and preserved by more than three centuries of family stewardship, Thornton is a truly special place and unique treasure for the Hoon family. They are pleased to share it with others who will enjoy it with the same respect and care as they do.

In 1851 Mary Brooks Wilmer became its owner. It passed to Philip George Wilmer (Mayor of Chestertown from 1935-1963) in 1923 and then to his daughter Ann Wilmer Hoon in 1972. The current owners are her son, Philip Wilmer Hoon, and his wife, Lisa Langis Hoon, along with their two sons and their families.

The manor house was built circa 1815. It was renovated in 1980 as a family home when Ann Wilmer Hoon and her husband took up residence. It was again renovated in 2008. The 325 acres of farmland were protected in perpetuity by conservation easements in the 1980s. They include traditional and organic cropland, as well as a small Merlot grape vineyard.